Just 12 hours ago, the horror community found out that one of the genre's most iconic actors had passed away. Last Saturday, the world lost the legendary Sid Haig. Sid's wife let his fans know on instagram this morning about the sad news, and every social media on the internet is blowing up with beautiful tributes to the late actor. Everyone who has ever worked with him, and everyone who has met him during the tons of conventions he attended, sent out their love to Sid, his wife, and family. As sad as it is to see a figure as important as Sid Haig pass, it was pretty incredible to see the fans come together to celebrate his decades long career.

I'll never forget the first time I was introduced to Sid Haig, and that film was Rob Zombie's House of 1000 Corpses. I was a young teen at the time, and holy shit, I was an instant fan. Then The Devil's Rejects came out, and I got to see more of the craziness that is Sid Haig. His Captain Spaulding character was just incredible, and still to this day, there hasn't been a film character as memorable as him. Spaulding was funny, nasty, lovable, and absolutely fun to watch. By this time I started to dive into Sid's older stuff, and I was mesmerized by catalog of films this guy has worked on. From Jack Hill's Spider Baby, Big Doll House, and Coffy, to Tarantino's Jackie Brown and Kill Bill 2, this guy was THE cult actor to end all cult actors.

To end this little tribute, I would like to send my love to Sid's wife and family, his colleagues, and all the die hard fans who kept going out to see his films. Thanks for nearly 60 years of amazing cinema, and for being one of the nicest dudes out there. You will forever be missed. 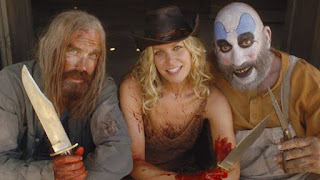