The Importance of Watching Exploitative Cinema 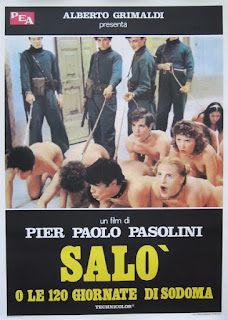 Since I've been a child, I've been obsessed with horror films. Friday the 13th, Nightmare on Elm Street, Halloween, you guys know the classics, but my whole life was turned upside down when I started getting into older grind-house and exploitation films. One of the first ones I ever watched was the infamous Salo, aka 120 Days of Sodom. I was shocked, disgusted, and I honestly didn't even know what to think of it. I felt absolutely numb by this film and it took me a couple days to re-watch it, just to figure out what the fuck I just saw. After my second viewing, I started to enjoy it, mostly for the fact that I was paying attention to the message that the film was trying to push into my skull, and now it's one of my favorite films. Salo was a film about fascism, and the abuse of power and corruption that fascist countries endured during World War 2, and by facing the horrendous imagery that Pier Paolo Pasolini's Salo throws at you, I was able to understand the message that film was conveying to its audience. These films are confrontational, and they make you think about certain disturbing topics by smashing your face in with intense dialogue and imagery. After getting into these films, I started to understand their message, and some of these helped me confront some extremely distressing topics and taboos that I really didn't understand at the time. Obviously there are a lot of ridiculous exploitation films out there, but here are some examples of confrontational cinema that delve into some serious topics. 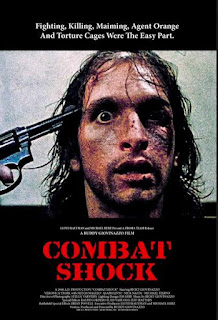 One of my favorite films in this genre is Combat Shock,by Buddy Giovinazzo. A Vietnam veteran returns home after experiencing the horrors of war. He loves in the slums with his wife and sickly child, he can't find a job, and all of his veteran friends are dying in the streets. It's an incredibly disturbing and depressing look into how veterans were treated (and are still treated) by the country that was supposed to be there for him. You're confronted with the horrors of PTSD, and mental health plays a massive part in this film, with the main character losing more faith in society, and in himself through out the entirety of this film. It's absolutely realistic, and it just scares you into thinking about the dog shit that soldiers have to endure when they go to war, and when they come back. I was absolutely distressed by this, and it just makes you sad for this character. A perfect example of confrontational cinema within the exploitation genre. 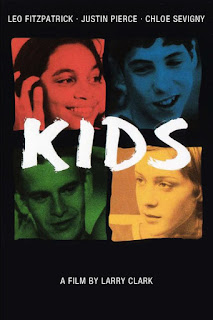 Films like Lars Von Trier's Antichrist, Larry Clark's Kids, and even Lucio Fulci's The Devil's Honey. They all touch on subjects that make us uncomfortable. Issues such as depression, anxiety, PTSD, rape, child abuse, drugs, STD's, etc etc. Of course if some of these topics are incredibly troubling to you, work your way up. When you get to something you want to delve into, go for it, because I absolutely believe that these films are therapeutic in a way, and confronting certain topics and scenarios opens up some sort of thought spectrum that just keeps you thinking. I have my own personal issues and fears, and I just went to films to help cope through some of these problems. Maybe it can work for you, but these films are definitely not for everyone. It's just that sometimes being shocked to the core helps. Open up to exploitative cinema, and confront the bullshit that lingers inside of you.

Maybe I think too much. But hey, I love this shit. 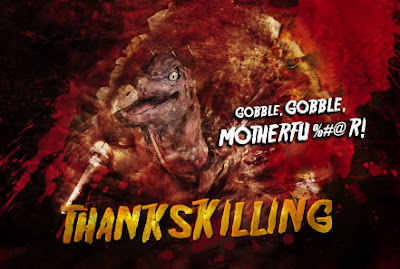 You know, I've been reviewing some of the greatest films that the exploitation and horror genre has to offer, so this was a good switch up for me, since this movie is just awful. Let's talk about the disastrous Thanksgiving themed slasher flick, ThanksKilling.

ThanksKilling is about a group of teens on their way home from college for Thanksgiving, and on the way they are stalked by a killer turkey. Apparently, the turkey was resurrected by a Native American necromancer, and every 505 years the killer turkey comes back from the dead to murder white folk. It sounded pretty funny after reading into it, but honestly, I just really didn't enjoy this one. I thought it was just straight up bad. Some movies can be "so bad they're funny" but this is just bad. I know it wasn't supposed to be taken seriously, but this did not pull off this "self-aware bad movie" thing that it was going for. The puns were awful, the violence was boring, and the whole plot just didn't make sense. Half way through the movie I almost forgot what this was about. If you've read my blog before, you know I've seen some questionable films, but I've mostly enjoyed everything I've reviewed. It was only a matter of time before I saw something I didn't like, and ThanksKilling just happens to be one of them.

Maybe I'm being a little too harsh. I mean this film was made on a budget of $3,500, and based on that it's pretty impressive. The turkey puppet was pretty decent, so I'll give it that. Other than that, I wouldn't watch it again. For those who are interested I actually watched this for free on VUDU (with ads). The sequel, ThanksKilling 3 (yes, 3, there is no 2... THAT'S A JOKE, PEOPLE), is also free to watch on VUDU (with ads), but I don't plan on checking it out anytime soon. Maybe after a few shots of bourbon and couple bong hits.