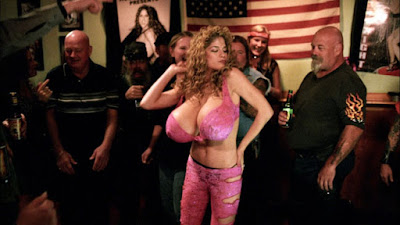 Another list buy from good old Jelly's. I've seen all of John Water's films up to this point, minus this gem. Supposedly the Netflix version was cut, so I said "fuck that", went out, and spent $12 on a USED copy. That's dedication, because I had no idea if it was going to suck or not. I've seen mixed reviews everywhere, but coming from someone who loves such films PINK FLAMINGOS and well, ALL OF JOHN WATERS OTHER MOVIES (Cecil B. Demented... not so much). What seems like a stream of softer mainstream successes, this really looks like John Waters going back to his earlier, much more filthier work. Great cast from what I see, Tracey Ullman, Selma Blair, Chris Isaak, Johnny Knoxville (not so great). I was pretty damn excited, and you know what I got? A decent laugh. I liked it. 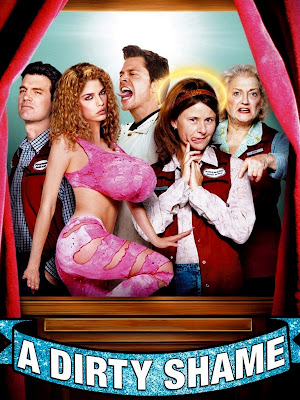 When I say I liked it, I mean "I liked it". It's not outrageously hilarious, but it was funny, and there were a lot of raunchy moments that had me giggling like a dork. The film is mostly based around Sylvia Stickles (Tracey Ullman), an uptight prude mother who, after heading her head, becomes a full blown sex addict, and opens up to the towns most depraved citizens. All of the humor and just feeling of the movie seemed a bit dated, as if John was actually filming a big budget movie back in the 60's with the same people, but tamed down a bit. It's a bit silly, over being raunchy and chocking. I don't hate it, but it kind of felt like a half assed version of one of his earlier films. I found most of the minor characters to be the most hilarious, like the "Bear Family", a group of hairy gay guys who live next door, "Fat Fuck Frank" who is obsessed with Sylvia's daughter, Caprice, aka Ursula Utters (Selma Blair), it was just a perfect hodgepodge of great characters, which John Waters seems to nail every time with his movies.

It's a pretty fun film, and if you're into silly and raunchy comedies, I think you'll get a kick out of it. I'm not too sure about the NC-17 rating though, because I've definitely seen worse with a lesser rating. If you want to get to know more of John Waters earlier work I highly suggest Pink Flamingos and Female Trouble. Amazing pieces of filthy greatness. This most certainly won't be the last of John Waters on this blog. Stay Tuned!