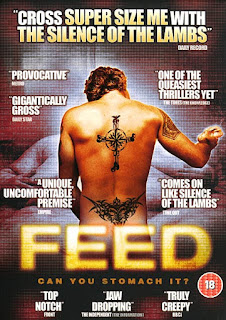 Feed plunges you into the deepest, darkest pits of fetish hell, shining light on one of the worlds weirdest and most unsettling fetishes to ever be created: FEEDERISM. Feederism is the act of obtaining sexual gratification by having your parter eat, and gain an obscene amount of weight. I've seen it many documentaries before. Usually a skinny guy stuffing Big Mac's down some 600 pound lady's gullet like a goddamn garbage disposal, getting off by the sight of her expanding flesh and weight gain. It's pretty fucked up, even for me, and Feed puts an even more disgusting spin on the subject. The movie follows a cybercrime detective (played by Patrick Thompson) trying to catch the mysterious sexual deviant (played by Alex O'Loughlin) after finding the "feederx" website, and fearing the women he feeds are in danger. It's a pretty solid set up, but what follows next is absolutely disturbing, especially once the detective finds out what the man does to his women... 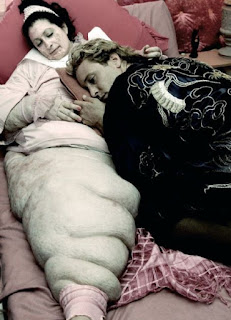 Feed plays out more like a crime thriller other than just a straight up horror film, with incredible acting done by Patrick Thompson, and Alex O'Loughlin. I felt like crawling out of my seat when it came to the sexual feeder stuff, especially the scenes of the obese women, Diedre (played by Gabby Millgate), begging to eat, trying to reach her weight goals, and just the psychological hold this guy has on her. Deirdre is completely unaware of the danger she is in, which makes the whole situation even more unsettling. The power this man has over this women is extraordinary. Alex O'Loughlin is an absolute treat to watch. His sinister Hannibal Lecter like intellect, mixed with his psychopathic urge to commit these acts on desperate women... the guy is just devious. Absolutely sick. The tension between the detective and this fetishist is heavy, and my adrenaline was pumping every time they went at each other. The films twist absolutely sickened me, but I really don't want to spoil it. It's something that needs to be scene to believed because it is just that foul. Also, you ever wonder what the fat of obese women tastes like? Yeesh.

Like I said, this movie was an absolute thrill ride, making you squirm with just about every scene. Top notch acting, great filmmaking, and an absolutely fucked up plot made this a perfect sexploitative thriller. For awhile I thought the actress playing Diedre was an actual obese woman, making it all more believable, so kudos to the make up guys. If you're into crime thrillers/sexploitation/body horror, this is the movie for you. A perfect movie to show all of the fellas! 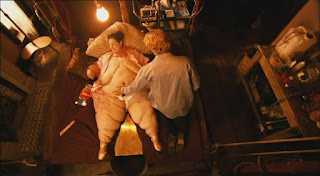