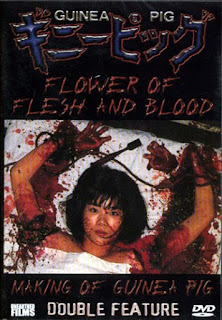 What more can I say, that already hasn't been said before. The infamous second installment in the Guinea Pig films, Flower of Flesh and Blood, is one of the most violent movies I've ever seen. The violence and gore were just out of control this time around, and the special effects just blew my mind. Absolutely gruesome. This is much much better than the first one, and this one also kind of had a story, which was nice for a change. Flower of Flesh and Blood is written, directed, and acted out by Hideshi Hono, the horror manga artist I previously discussed yesterday. Hideshi plays a samurai, who stalks, drugs, and butchers women in incredibly nasty ways. I honestly enjoyed this a lot, so let's get into some of the reasons why I find this film to be worthy of your precious time. 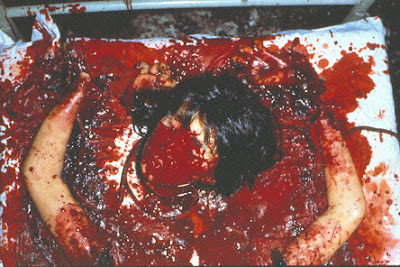 First and foremost, since we are talking about Guinea Pig, the special effects are incredible. I mean, for those who have seen super gory splatter films, these will definitely look fake, but they are so well done. There is actually one effect that made me cringe, and it's when the Samurai uses a chisel and hammer to cut through the woman's shoulder. The sound effects were disgusting, and really added to the gore. This would be one hell of a movie to show people who are into special effects and make up. If Charlie Sheen thought this was genuine, then they did a great fucking job. I'll actually be posting an article next about the whole Charlie Sheen mess, but let's carry on. 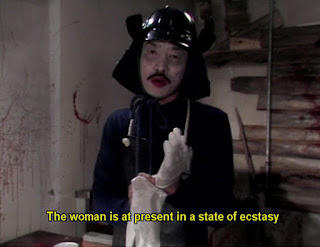 I liked the fact that this movie kind of had a story. A Samurai who tortures and dismembers women, DONE. This movie definitely has more to it, and I mean besides the gore and violence, Flower of Flesh and Blood had a silly but memorable character, I thought it was filmed and edited very well, the sets were nice, and this is overall a decent flick. I would absolutely throw this on for my buddies, kick back, and chill. The only thing that sucked for me was that i couldn't find a version of this movie with any subtitles, so the dialogue was completely lost in translation. I think I got what was going on though. This one just really got me excited for what's to come with "HE NEVER DIES" and "MERMAID IN A MANHOLE" (another film written and directed by Hideshi Hino).

For those interested in checking out GUINEA PIG 2 - FLOWER OF FLESH AND BLOOD, I'll post the video link blow, since I found it on Youtube. Let me know what you think, and get ready for more Guinea Pig related shit all week at THE REPUGNANT PLAYHOUSE! ENJOY! 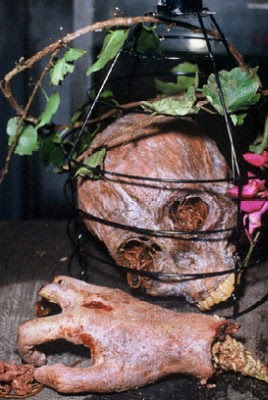