FLOWERS OF FLESH AND BLOOD, CHARLIE SHEEN, AND THE FEDS 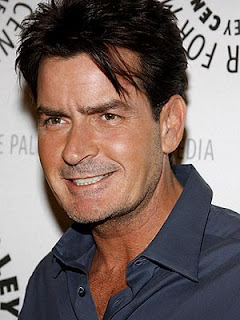 I've probably already mentioned this story a bunch of times now, so I'm finally writing a little post about it, to explain to those "What the fuck does Charlie Sheen have to do with this fucking movie?" It's pretty damn hilarious to be honest. Do you have one of those friends who's kind of into horror movies, and asks "Hey, got any good horror movies?" I think this is how it happened, because this is something I would do. When a friend, who you know is a newbie to extreme horror films, asks if he can borrow any movies, you give him the most disgusting shit you can find. I think that's what happened to Charlie. He had a friend, who lent him a "horror movie", and he got horribly freaked out by it. I mean, some movies have bugged me before, but never enough to report it to the FBI. I always thought of Charlie Sheen as this crazy drug addict who liked getting involved in fucked up shit, and Flowers of Flesh and Blood freaks him out?! Holy shit. Well, screw my theory, let's get into the facts of this ridiculous story.

So one day in 1991, film critic Chris Gore gave Charlie Sheen a copy of Flowers of Flesh and Blood, which Charlie watched later on and freaked out. He though he had watched a real woman get dismembered by a real samurai. I mean, with all the shit he was stuffing up his nose back in the day, it kind of makes sense. What makes this even better, is that he contacts the FBI, who contact Japanese authorities. GUINEA PIG 2 even had a making of the first Guinea Pig, to prove that the special effects were all made, and not real people getting butchered. Here's a quote from the San Francisco Chronicle about the issue:

"The FBI confiscated Sheen’s tape and proceeded to investigate all involved, including Charles Balun, an early distributor of the film. Balun fiercely asserted that the film was a hoax and was merely a series of startling special effects. Propitiously, the Japanese took this time to release ”Guinea Pig Two: The Making of Guinea Pig One,” revealing the technical sleight of hand in all its bone-cracking glory. After viewing this film, the FBI backed off and dropped the investigation."

The FBI watched the movie themselves and even said "Fuck this, it's obviously fake", and turned it off. I mean the special effects are great and all, but I've seen other films with really gruesome realistic effects in them. I don't even know what Charlie Sheen was thinking at the time. For someone who drinks Tiger Blood and bangs hookers by the dozen, he really can't handle his horror films all too well. All joking a side, I can totally understand if someone can't handle such films as this, because I have friends who have limits with certain subject matter... but don't be a Charlie Sheen.